Update: on Google+, Aaron Shaver points out that there was nothing from Mars in this post! D’oh! In a week filled with news from Mars, on a blog with “Mars” in the name, I really have to include something. So, here we go: did the Curiosity rover photograph the crash landing of the spacecraft that took it to Mars? 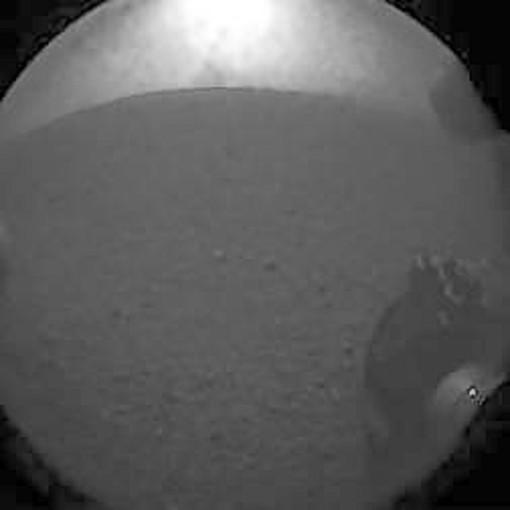 This week, I managed to keep my link gathering going, but I didn’t do as good a job cross-posting these links to Twitter and G+. I’ll figure out a better way to do it.

One thing that may make this all a bit easier is that if I find myself reading something on the iPad and want to quickly write something for this post or Twitter, I can just grab my keyboard. I just picked up a Logitech K760 keyboard (Amazon affiliate link) which allows me to easily switch between typing on my Mac and typing on my iPad.

This will also make taking notes on my iPad easier. Why take notes on an iPad specifically? Because it enables doodling! Alma Hoffman wrote a good article about the value of doodling and drawing pictures in general.

Addy Osmani wrote an epic article for Smashing Magazine that introduces JavaScript MVC frameworks, the TodoMVC project for quickly comparing the framework styles, various criteria you can use to evaluate the choices, guidelines on which framework to use when, quotes from people who are users are the various frameworks and thoughts about tools beyond just MVC. If you’re wrestling with non-trivial JavaScript applications, you really should check this out.

A quick rundown from Steven Sanderson of Knockout.js on the 7 front-end libraries/frameworks represented at the Throne of JS. Good reading, if you’re curious about how these libraries are similar and different.

Firefox adds supports for @supports in CSS. This most excellent new feature is like Modernizr‘s CSS bits built straight in CSS. Paul Irish even reports that Modernizr will use the proposed JS version of supports CSS. Apply different CSS depending on what the browser supports.

Daniel Buchner has code that lets you watch for DOM mutations that match a given CSS selector. The cool thing about this approach is that it uses the browser’s own machinery to do the matching, rather than a bunch of custom (and slow) JavaScript.

Rob Campbell wrote about the $() function that comes for free in the browser consoles. Following Firebug’s lead, $() performs a document.getElementById, which is not super useful. After some discussion, Firefox Nightly has already switched to using $() for document.querySelector. ($$() remains document.querySelectorAll).

Want to give Firefox OS (Boot2Gecko) a try? It’s not yet for the faint of heart, but Jeff Griffiths gives the details on trying it out on your desktop machine.

Reveal.js is a nice looking (yet another) HTML5 presentation library.

Finally, in case you missed it, I wrote about live editing of HTML in the browser and the hurdle that I think we need to overcome to get there: templates.

Tindle is a site where people can sell their electronic creations. There are some neat looking kits there!